Artificial intelligence and the automation of engineering tasks 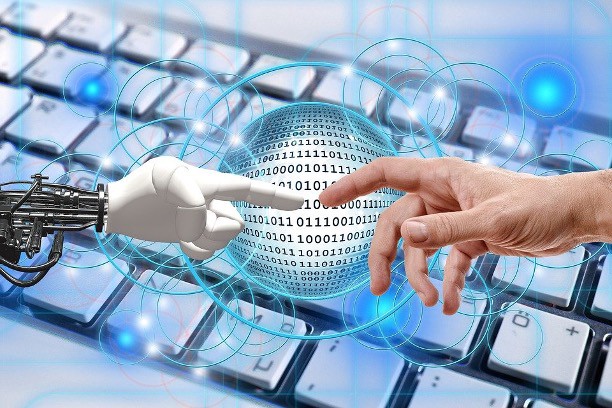 The health crisis has pushed forward the digital transformation of engineering. In 2019, Airbus disclosed its goal to cut down production costs by 25-50% before 2030, by partnering with Dassault Systèmes. Presently, the challenge has evolved to a -50% goal by 2050.

Two options are available in order to reach said goals - further outsourcing in low-cost countries, or automation.
These strategies can give out very different outcomes.

The more a company outsources intellectual tasks, the less expertise it owns about design methods. And expertise is fundamental in order to drastically reduce C02 as well as development costs. In fact, these goals cannot be reached through traditional methods.

Said methods can provide up to a 3% yearly gain. Nonetheless, the goals of the aeronautics industry call for much higher figures, as well as a change of vision.

Approaches such as Lean Management, inspired by factory processes, are reaching their limit.

AI - a new paradigm for engineering

The first one consists in using large data bases and extract models that interpolate said data. These approaches prove particularly useful through production or approval processes, where a large quantity of data is available.

However, what are the options when few data is available?

The second approach consists in developing algorithms that generate the lacking data. Actually, the design field is often confronted with the issue of insufficient data. Training a neuronal network system able to “seize” engineering knowledge is near to impossible.

For instance, the design of a battery and its cooling system would require a large array of solutions to grasp engineers’ working methods. The great problem of explainable AI can be summed up by the following question: how can one generate that data?

Several approaches are under development - for instance, “generative design”. However, the difficulties of transcribing engineering knowledge might halt them. These methods are trying to use no-code to automate designers’ tasks on their 3D software. But engineering knowledge does not revolve around 3D. More than 70% of the rules are analytical and stem from a functional system description. Another development axis exists and it is based on system description (MBSE approach). Those methods consist in breaking down engineering systems into systems and subsystems, with no real connection to simulation methods and 3D description.

To sum it up, engineering is indeed heading towards automation but is still lacking a concrete change in vision. Consequently, a new approach to defining work methods is paramount to the ambitious goals of industrial companies.

Engineers and bots: a productive coexistence

As explained, a large portion of current automation methods aim to reproduce design tasks with RPA (Robotic Process Automation). However, a 20-30% performance boost requires a thorough review of work methods.

Why? Because traditional automation needs humans in order to sort the systems in study and to define work assumptions.

Engineers usually choose a financially interesting solution, a breakthrough solution, and a solution inspired by the competition.

As long as they intervene that much in the process, automation will not earn significant gains.

Exhaustive practices that generate a large number of hypotheses are necessary. They provide engineers with a set of feasible systems.
For instance, the number of possible drivetrains for the architecture of a gearbox is close to 1040. Evidently, choosing 3 hypotheses among 1040 could never lead to “the” solution industrials are striving for.

New approaches such as REA (Robotic Engineering Automation) feature a different kind of automation. The idea is not to automate traditional tasks, but rather generate all possible hypotheses, shortlisting the best candidates, and presenting engineers with them.

Consequently, the first challenge is to outline engineers’ knowledge.

Several approaches - inspired by MBSE, UML and SysML -  are arising and they take two features into account, paramount to structuring engineers’ knowledge: functional modeling and 3D.

The second challenge is to structure engineers’ work into basic tasks, which will build a workflow. Said workflow will, in turn, replay in an infinite loop so as to generate all hypotheses.

The set-up of this kind of approach demands a strong intellectual commitment on engineers’ side. But that is the path to remarkable gains for the transportations and energy industries.

These new methods will lead engineers to working differently.
Current organization methods stem from the onset of the industrial era. Back then, engineers and technicians worked in an almost “crafty” fashion, by hand-shaping their 3D pieces - and subsequently shifting to the mouse.

The new approaches rather use new tools which will be engineers’ virtual companions.

At present, nobody questions the numerous applications that assist us in our daily lives since smartphones anymore. The same will go for engineers, who will be assisted by several robots - which we well call “bots”.